Details of Incident:
______________________Lieutenant Sebastian “Seb” Rayne and I consumed a few too many beers while discussing a particularly shitful assignment Seb had just gone through. After most people had left the officers mess hall, Seb got hungry, so we went into the kitchen to make sandwiches, but then Seb decided he wanted a hotdog instead. Although I was aware we were both somewhat intoxicated, I couldn’t have foreseen that attempting to cook a single hotdog would result in an appliance exploding and a minor fire to break out. Or that when trying to put out aforementioned fire, a pipe would be damaged resulting in the kitchen flooding. Or, that in the ensuing chaos, Seb would slip over and give himself a concussion.

During the incident wherein the officer’s mess hall kitchen was simultaneously burned and flooded, I, __Colonel Cameron McAllister__ am hereby officially stating to the record that as a direct result of my actions of being intoxicated and thinking it was a good idea to go along with anything suggested by Sebastian Rayne_____, caused
Damage_X_ Destruction_X_ Injury_X_ Insult___ Grievance With___ Offence To___
Fellow members of my Team___ Unit___ Shipmates___ Soldiers_X_ Civilians___
and/or Property_X_ Buildings_X_ Vehicles___ Ship___ of which I should have more respect.
I am aware that my actions may be construed as Offensive___ Selfish_X_ Ignorant_X_ Short-sighted_X_ Insulting___ Insolent___ and wish to state that my intention was___to debrief and/or commiserate with a friend and fellow soldier_____, though I can see now that it may have appeared that I was__just getting wasted_.
Please accept my___sincere and now very sober apologies__. Moving forward I will attempt to____not do anything suggested by Seb, especially when drunk, even if it seems harmless.
I have made this statement__by my own free will_____ and I standby all details within.

SECTION FOUR
Additional Notes:___The fire and flooding of the officer’s mess hall kitchen was very regrettable, but this has brought to my attention that the set up of the kitchen before the damage was not conducive to reactions by personnel during an emergency. Lieutenant Rayne’s concussion may have been avoidable if not for the fact that someone had inappropriately stored a container of tuna which was knocked over in Seb’s haste to get some water. Not only did it cover him from head to toe in tuna chunks and oil, that is what he actually slipped on when he went to step away. On a side note, Seb is sitting next to me filling out his own report and still smells like cat food. 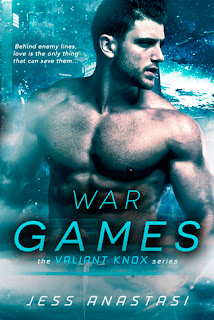 Available Now From Entangled Publishing:
When one of her pilots is shot down behind enemy lines, Lieutenant Theresa Brenner will stop at nothing to save her before she’s captured and tortured, even if it means being part of the dirtside team led by Colonel Cameron McAllister. Bren might respect the way the colonel commands his men, but she’ll never trust Cam—no matter how charming he is—because he was responsible for her brother’s death.
Colonel Cameron McAllister has a covert mission behind enemy lines to team with the Ilari rebels and overthrow the bloodthirsty dictator who’s torn their planet apart. The last thing he needs is to get sidetracked searching for a downed pilot, especially since it means having Lieutenant Theresa Brenner tag along. Not only doesn’t the frosty pilot have the ground game to keep up with his seasoned group, she’s a potential distraction with all those gorgeous blond curls of hers—and she might be just like her brother, whose foolhardiness got his men killed.