With the upcoming release of the final book in the Atrophy series, I decided to take a trip down memory lane and revisit some of the TV series that influenced me, both before I became a writer myself, and leading up to beginning the Atrophy series.

If we're talking purely sci fi TV shows, then Stargate SG1 was my addiction through my late teens and early twenties. 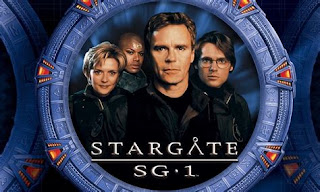 SG1 had all the elements to make a great TV show:

> A premise that managed to create ongoing tension, but still be fun and compelling.
> A team viewers could connect with and root for.
> Snappy, smart dialogue.
> An easily identifiable enemy with clear intentions that came into conflict with our heroes.

Technical elements aside, there were so many other things to love about this show. I was shipping Jack and Sam before I even knew what shipping was. If you ever want to learn a thing or two about how to successfully string out UST (unresolved sexual tension), then the ongoing will they/won't they relationship between Jack and Sam is an example of how to do it well, and how to do it in style.

As for personal favorites, I was a total Daniel Jackson fangirl. I had the biggest fictional hero crush on him that lasted years and considering how many dedicated fans he had on the internet, I know I wasn't the only one. He went on a very typical hero's journey. His wife was abducted by the bad guys, which was the inciting incident that set his story into motion. 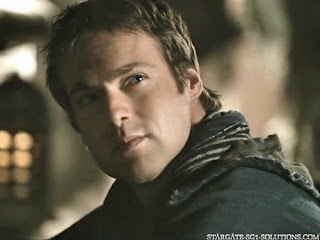 At first, Daniel resisted everything the military stood for, and this gave the team great internal and personal conflict, especially when his views brought him in direct disagreement with Jack, who was in charge of the team and got the final say. There were plenty of times Jack and Daniel would argue over something, then one of them would be proven wrong and subsequently learn from each other.

Jack and Daniel definitely grew closer over the years and were a great example of a caring, unapologetic platonic male relationship, even though plenty of people argued !Gay Subtext! over the years. 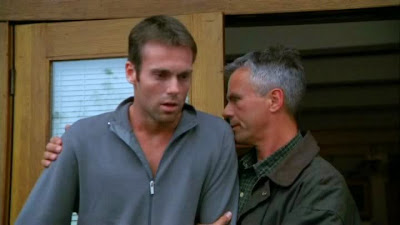 I still find Daniel's journey over the years on SG1 very interesting. He started out as this complete geek, didn't know how to hold a gun, could barely stand up for himself in most situations and definitely had this almost naive optimism. When he was killed off (I think it was the end of season 6 and possibly due to "creative differences") the fans lobbied endlessly to get him back and eventually were successful.

By the time the series was wrapping up with a couple of movies ten years later, Daniel was a completely different character. He could hold his own in many different ways, and had become the kind of true hero many writers aspire to create.

Stargate was truly a juggernaut franchise. The first spin-off, Stargate Atlantis, definitely managed to live up to SG1 standards with 5 seasons of its own. Stargate Universe unfortunately was missing that "spark" that gave Stargate SG1 its magic, and limped its way through 2 seasons before being cancelled due to poor ratings. 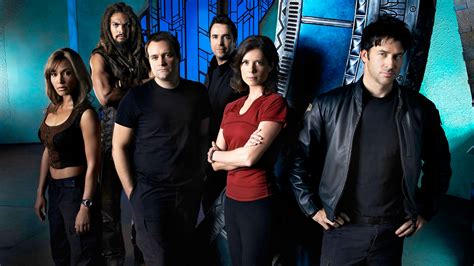 In this era of reboots, there were of course rumors floating around the internet that MGM had a new Stargate series in the works, and this was confirmed by co-creator Brad Wright in mid-2020. However, the covid-19 pandemic claimed many things last year, and it looks like the Stargate reboot might have been one of them. Later in the year, there were still rumors that MGM were doing something and that it was a "work in progress," with speculation that if things went well, a new Stargate series could hit our screens in late 2021. Unfortunately, a search of any new information pretty much results in crickets chirping.

I always have mixed feelings about reboots. According to Wright, this wouldn't be a reboot, so much as a continuation of the story. An entire new series, with a new team and some cameos from fan favorites thrown in could actually work. But that's the point where things get sticky. Writing something that both feels familiar and gives the original fans what they've been wanting (namely more Stargate) while also feeling fresh and new to capture an entire new generation and audience isn't going to be an easy task, and I wouldn't want to be the writer fronting up to develop that pilot script.

There's usually not much in the way of middle road where reboots are concerned. Either they're amazing and start an entire new wave of fan obsession for the franchise (eg 2005 reboot of Doctor Who) or they completely tank and fans cringe every time they think about it (eg 2009 reboot of Melrose Place). We can only hope that should a reboot actually come together, then all the stars will align and a new shining era of Stargate adventures will grace our screens. 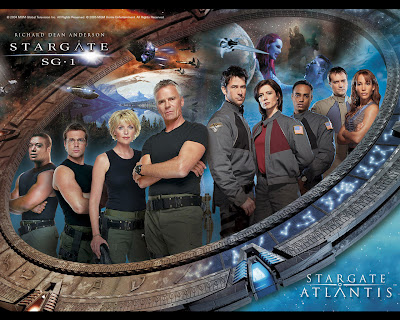 Hey Jess here,
I commented years ago on your Gran Hotel post and found an old email alerting me to your blog. So I am back haha

I agree! I loved Daniel too when I watching it as a young teen. I had no friends that were ‘geeky’ so I had to keep this little crush to myself. I also agree on how entertaining the unresolved tension was. It kept me watching it again and again!

Author. Screenwriter. Constantly preoccupied by fictional lives. TV obsessed. Will write for chocolate. Sing in my car, dance in my kitchen.