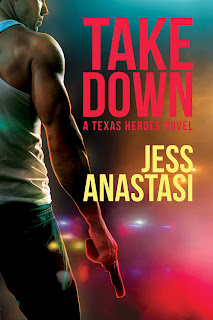 Take Down (Texas Heroes #1)
Attraction sizzles when Danny Jones sets eyes on Deputy Jake Perez, despite meeting over the discovery of a mutilated corpse. But being with Jake could cost Danny his family, and being with Danny could cost Jake the very thing that brought him to Everness, Texas—revenge against the man who killed his brother. How much will Jake sacrifice to take down a psychotic criminal and finally see justice served?
After college, Danny thrived as a gay man in Houston. But when his mom’s cancer brings him back to small, conservative Everness, he must go back into the closet or risk the wrath of his abusive father—a choice made even harder when Danny starts to see a future for him and Jake.
As the body count rises and Danny becomes a target, Jake is caught between his vengeance and protecting the man he loves. He never wanted to end up in a backward town like Everness, but Danny is the best thing that ever happened to him. Jake needs to keep Danny safe as his secrets catch up to them—especially when the threat might be closer to home than they imagined.
Now available from Dreamspinner Press
~ ~ ~ ~ 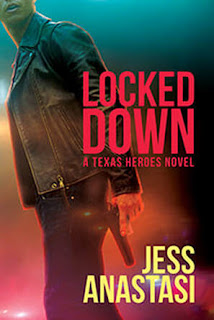 Locked Down (Texas Heroes #2)
A charming, confident FBI analyst gets more than the fling he bargained for when his lover lands smack in the middle of his investigation.

Gabe Lopez travels to Everness, Texas, to investigate and profile a dangerous group of white supremacists living on the outskirts of the small town. As far as he’s concerned, the assignment can’t end soon enough. When he stops to help Matt York with a flat tire, he anticipates a sexy distraction—nothing more. But Matt has a knack for getting himself into trouble, and soon Gabe is torn between protecting Matt and doing his job.

Matt left a successful life and business back in San Francisco to fulfill a promise to his aunt: find his runaway cousin and bring him home. But Tommy is on a dangerous path, and someone is trying to scare Matt off—or worse.

When the situation escalates, Matt turns to Gabe, who doesn’t like mixing business and pleasure. But in Everness, the secrets are buried deep, and like it or not, Matt is at risk of being buried right alongside them.
Now Available From Dreamspinner Press
~ ~ ~ ~ 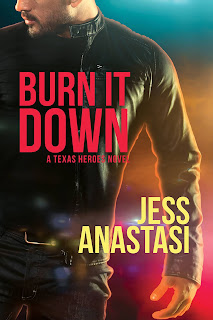 When an arsonist targets a kind-hearted park ranger, a firefighter steps up to protect him… and overcome his fear of dating in the process.
Park Ranger Troy Hurst has his hands full with a long, hot summer causing fires to break out all over the Sam Houston National Forest, and it looks like the weather isn’t the only culprit. But helping two abandoned teenage boys and facing the memory of his own difficult childhood will require all Troy’s strength and courage—he doesn’t have anything left to deal with the increasingly dangerous fires.
Firefighter Jared Winters has never been one to turn his back on those in need, and Troy and his young wards are in more danger than they know. Even though Jared is still reeling from an abusive relationship and Troy’s never acted on his attraction to men, the heat between them is impossible to extinguish, and before they know it, they’re planning to become foster parents—a family.
But first they’ll need to find and stop the dangerous criminal threatening homes and lives in Everness.
Now Available From Dreamspinner Press

Author. Screenwriter. Constantly preoccupied by fictional lives. TV obsessed. Will write for chocolate. Sing in my car, dance in my kitchen.