Back in a Big Way

Heeeeey blogosphere! Yes, it's been like nine months since anyone heard from me. Honestly, it feels like 2018 went into some kind of time warp and I'm only now just catching up.
But here I am, and I'm dusting the cobwebs off this blog (and my social media in general) in a big way by giving away books for all of December! 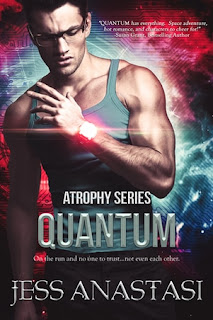 On the run and no one to trust…not even each other.
Captain Admiral Zander Graydon has seen a lot of action, but almost getting killed three times in one day is pushing it. Only the company of his new assistant, Lieutenant Marshal Mae Petros, makes things a little easier to swallow. Except the delectable Lieutenant Marshal Petros is hiding a number of secrets, and her presence might have something to do with the continued attempts on his life.

It’s no accident Lieutenant Marshal Mae Petros finds herself in the firing line alongside the charming but very off-limits Captain Admiral Graydon. She’s taken the job as the admiral’s assistant to determine if a shape-shifting alien has killed the CO and assumed his form. Whether the admiral is human or not, Mae finds herself getting way too close to him as they run for their lives.
Military to the core, Mae and Zander will have to overcome their suspicions of each other to work together, when they realize the fate of the entire universe is at stake.


In the meantime, Atrophy is on sale for 99c! A great price to check out the beginning of the adventures with Rian Sherron on board the Imojenna. 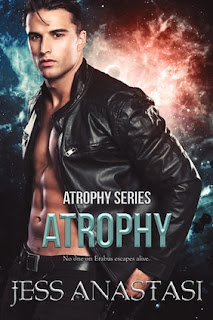 No one on Erebus escapes alive...

Twelve years on the prison planet Erebus makes a man long for death. The worst part for Tannin Everette is that he was framed for murder. He’s innocent. When the ship Imojenna lands for emergency repairs, Tannin risks everything to escape…only to find himself face to face with the captain’s undeniably gorgeous sister.

Zahli Sherron isn’t planning on turning Tannin in. In fact, she actually believes him. Sure, he’s sexy as every kind of sin, but he’s no criminal—so she hides him. But no one escapes from Erebus and lives to tell about it. With every day that passes, Zahli further risks the lives of the entire crew…even as she falls in love with a man she can never have for herself.


At the end of the month, I'll be giving away all four books in the series, so don't forget to enter that giveaway as well!

a Rafflecopter giveaway
at December 02, 2018