What Makes an Unsympathetic Hero? 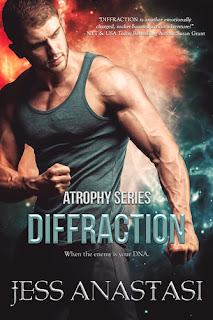 Sometimes I like to push the boundaries when it comes to my heroes. Rian Sherron, the central character to my Atrophy series, is a good example of this. He's dark and twisty, and I've always wanted to see exactly how dark and twisty I could take him, how far I could push the line on his behavior before the readers decided he wasn't a hero any longer. Admittedly, there have been some scenes in the first three Atrophy books that were either toned down, or completely changed by the time of publication because my editor was worried Rian had crossed that line -- and given that my Atrophy books are with a romance publisher and predominantly read by romance readers, I possibly couldn't be as dark and twisty as I wanted with Rian, than I could if I was writing straight sci-fi.

Despite testing the boundaries of that gray area between good and bad, I'd never given too much thought to what makes a hero unsympathetic. Not very deeply anyway, until an episode of The 100 two weeks ago. Just skip ahead if you're not up to date on The 100 and don't want to know.

For those of you who don't watch it, here's some framework to base my point: The 100 is a post-apocalyptic TV series that started out as a teen drama, based off the book series of the same name by Kass Morgan. However, in the four seasons since it began, it moved beyond the constraints of a simple teen drama, and way beyond the original premise of 100 teenagers being sent to Earth, after the human race survived the nuclear apocalypse 90 years earlier by living on several cobbled-together space stations. Of course those who survived on the space stations were surprised to find survivors on the ground, who had regressed back to a clan type of society, with justice often being served through black-and-white judgements and using a lot of violence to solve issues.

In the fourth season, it was revealed that all of the nuclear power plants around the world that have been left unattended for almost a hundred years are all melting down. This will result in a massive death wave that will kill all life on earth. For the first part of the season, the main protagonist, Clarke, was trying to find a way to save everyone, not just the people of the Ark (the space station which ended up crashing to earth) but all of the Grounder clans as well.

They found a bunker, but of course the bunker can only hold so many people, so then the fight began over whose people would get to survive in the bunker. Honestly, the people of the Ark have a bit of a superiority complex over the Grouders. In part, I suppose you could say this is justified. Whoever ends up in the bunker needs to know how to run to bunker -- the hydroponic farm, the water and air filters, etc. The people of the Ark have this knowledge from surviving on a space station, while the Grounders do not as they've been living for three or more generations without technology.

The Grounders agree to have what they call a Conclave -- one representative from each clan fights to the death, and whichever representative survives, that clan wins the bunker. Not believing they can win this fight (and according to Clarke "doing what's best for my people," which had been a reoccurring theme for her over the seasons, most often to the detriment of her morals, putting her on a darker and darker path) Clarke devises a way to "steal" the bunker for the people of the Ark to survive while everyone else is distracted by the Conclave. 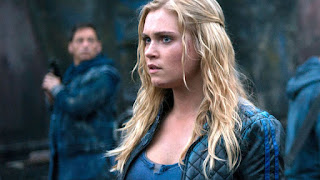 When this revelation came out at the end of the episode, I was actually quite shocked that Clarke had made this move. For me, that was the tipping point, and she became an unsympathetic hero. She was now looking more like the villain. This was especially highlight in contrast to Octavia, who had fought in the Conclave as the representative of the Ark people, and won. When she fronted the grounder council with her victory, she announced that her people wouldn't take the bunker for themselves, that they would instead share it equally with all clans -- 100 of each. It starkly juxtaposed the growth the two characters have had over the four seasons -- they have both experienced loss and hardship, but while Octavia started out as a somewhat shallow and wilful girl, she became the hero that found a way to save everyone. Clarke started out as a serious, responsible girl with a deep moral compass, but she had become the antihero, making a decision that would only save those she deemed more important, even though she had always said the people of the Ark and the Grounders should be considered equal.

There was another instance an episode or two before this, where Clarke also tried to take advantage of Grounder law to stage a coup and become leader of the Grounders so she could decide for them how to handle the coming disaster and division of the bunker. But it backfired, which I was glad for, because it left me feeling very uncomfortable -- for me, Clarke seemed to have this superiority complex. Yes, she said the people of the Ark and Grounders should be equal, but when they wouldn't confirm to her idea of what should be done, she tried to take advantage of their beliefs for her own gain. Maybe she technically had noble intentions, but her method was insulting to the Grounders and their beliefs. I'm not sure if this is what The 100 writers intended, but that was how I digested it. 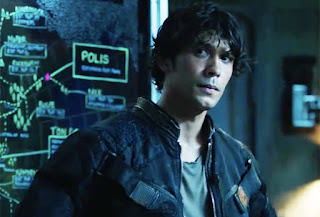 So, through these few pivotal choices, for me, Clarke had become the unsympathetic hero. However, as I was thinking about what the writers could have done differently, or why they put Clarke on this path and what it might mean for her future (something I regularly do, because it's fun and I think it helps exercise my story telling muscle) I questioned how I would have felt about her actions had it been one of the male protagonists, say Bellamy, who did these things. I realized that while I still wouldn't have agreed with these methods, if it had of been Bellamy or a male character, then I would have probably seen it as him taking charge and been more amiable to accepting, heck, even being impressed by the lengths he was willing to go to for what he believed in. And that is where my hard-wiring from being brought up in a society that teaches us to judge women more harshly, that is still entrenched in sexist, patriarchal ideals, impacted into how I viewed Clarke's actions, simply because she was a woman. 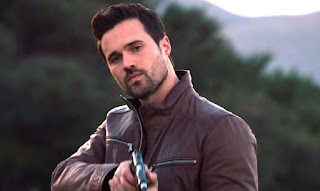 But the point of this post wasn't to get all political. I still haven't properly explained what makes an unsympathetic hero. From my personal point of view, it's where a character reaches a point that no matter what they do after, they are no longer redeemable. And this is my jam. I love a good redemption story line. All you need to do is find any of my posts about Agents of Shield's Grant Ward. He did some horrible things, a lot of them were not easy to watch. But the darker he got, the more I wanted to see him redeemed. Even when he got infected with an alien organism and went completely evil, I still prayed that somehow he would get his second chance. For many people, Grant Ward became the unsympathetic hero and was thus irredeemable after the end of season 1 when he initially betrayed the team and his true Hydra loyalties were revealed.

For me, even though Ward constantly did bad things, he was still likeable. With Clarke, she has also done a number of bad things, and I reached a point where I no longer found her likeable. Though, after my introspection, I decided to reverse my judgement and give her a second chance. It'll be interesting to see when, how, or even if Clarke will start her redemption. She's hurt and betrayed a lot of people, especially Bellamy who always stood by her no matter what anyone else said, but when she left his sister, Octavia, locked outside the bunker and facing death, that was obviously a deal breaker. As for Grant Ward, it's complicated, but in short his character was killed and sadly he probably won't be getting any redemption. 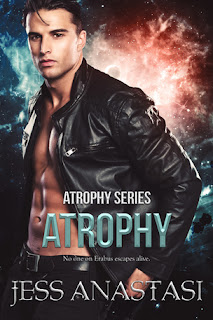 When it comes to my own characters, especially Rian, I feel that so far I am achieving what I'd hoped for -- some people don't like Rian, they find him brash, reckless, and selfish. Some people are loving him, and are looking forward to his redemption. For me, I want to drag Rian down into the darkest depths possible, before bringing him back up for his redemption. Though, as previously stated, publishing through a romance publisher may hinder me in that a little. But that's not to say I might not have other avenues to explore the monster inside him.

In general terms, I think there's a balance, an equation that needs to be met to create the difference between a character being unsympathetic or not. And that is weighing likeability/reasoning against the character's actions.

So, the darker or more horrible a character's actions, the more likeable or the deeper the reason for these actions needs to be. For Rian, I use the fact that he endured years of unspeakable torture at the hands of aliens as the reasoning behind his actions. He's on a quest for vengeance, and nothing will get in the way of that. This doesn't excuse his actions, especially when those he cares about are the ones caught in the crossfire. It simply gives the reader an understanding. They do with it what they will.

Secondary, I have the fact that even though he is broken, he still loves his sister and cares about his crew, even though he may not exactly show it, he protects them (sometimes from himself) and will go above and beyond for them. He has their unwavering loyalty, which I think speaks to the likeability factor. Thirdly is his confusion over the feelings he has for Ella, a priestess he inadvertently rescued from the aliens, which leaves the reader hoping that he will start finding his redemption through her, through love.

Of course, the one thing I've over looked is the fact there are some deeds that will immediately and irrevocably make a hero unsympathetic, no matter how you try to redeem them or make them likeable. Socially unacceptable things like rape, racism, sexism, etc, so these will need to be avoided, or the reader will be completely alienated. With the caveat that yes, I know sometimes people break these "rules" successfully. But it's not easy, and takes a very skilled writer.

So, there we have it, after a very long post, my take on what makes an unsympathetic hero.
Looking for other writerly information? Then just search the tag writing advice or so you think you can author on my blog.

Email ThisBlogThis!Share to TwitterShare to FacebookShare to Pinterest
Labels: Agents of S.H.I.E.L.D, Atrophy series, gray characters, So you think you can author, The 100, writing, writing advice