I Predict... On Hart of Dixie 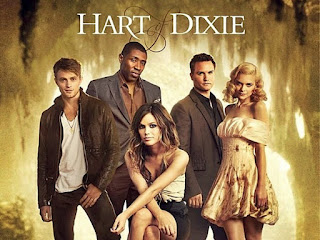 SPOILER ALERT
So I'm totally addicted to this new show, Hart of Dixie. It's great, about this New York doctor, Zoe, who misses out on the surgical internship she wanted, so takes herself off to Bluebell, Alabama to be a general practitioner. Of course, its like a totally different world and she's left adjusting to small town life and trying to find a way to fit in.
Like many shows at this time of year, we're getting toward the end of the season (this week's episode was number 18, I think) and many of the season's story-lines are being brought to a head.
After considering where the season arc had come to, I came up with some predictions on where I think/hope next season will take us: 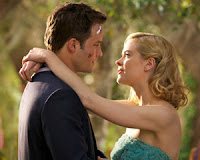 1) George and Lemon are the town's golden couple, and Zoe has had some feelings for George, though she has tried not to interfere, despite Lemon trying to 'destroy' Zoe. However this week George found out that Lemon had an affair with the town mayor, Lavon. Though the episode ended with George angry at Zoe, because she knew and didn't tell him, next week's promo showed the two of them getting cosy. So my first prediction is that even though George and Zoe will get closer (they might even kiss!) I think something will send George back to Lemon, who was already plotting to get her fiance back five minutes after he'd told her it was over. I'm pretty sure the wedding will end up going ahead, leaving Zoe heart broken and ready to get over George. 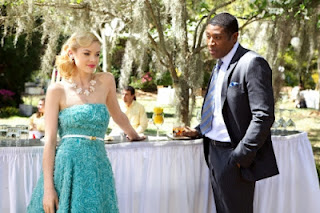 2) Lemon will get pregnant... to Lavon. That's my big one. I think some how, some way, she'll end up sleeping with Lavon and when she finds out she's pregnant, she won't know who the father is. Of course, she'll hope the baby is George's, so she won't say anything to anyone. But when the baby comes and its very obviously not George's, the the fireworks will commence. I have this great scene in mind where George, angry and hurting, leaves Lemon moments after the birth to go find Lavon. He'd be somewhere public, like the town's local bar, the Rammer Jammer, and George will simply walk up and punch Lavon in the face, pulling out a snappy line like "congratulations, you just became a father." 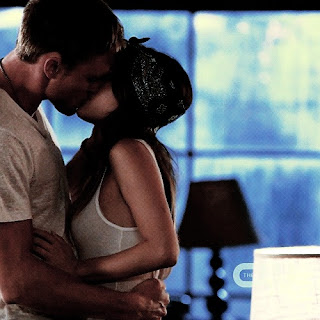 3) After getting her heart broken by George, Zoe will be ready to move on... to Wade.
Despite some feelings for George, the sparks between Zoe and her neighbor, Wade, have been very entertaining. This week Zoe and Wade had a falling out when Wade lost his temper and said some things he didn't mean about Zoe, which Zoe overheard. So now the gulf between them is huge, and they are both hurting over it. Wade, because he's been in love with Zoe almost since the first day she came into town and doesn't know what to do about it, plus she always seems to be interested in other men with better jobs; A Vet, a lawyer and this week, Wade's brother, Jesse, an ex-war hero played by the very attractive Justin Hartley. I think after George goes ahead and marries Lemon, Wade and Zoe will literally find themselves stuck somewhere together where they have no choice but to face things between them while they wait to be resuced... which will culminate in them both admitting their feelings. 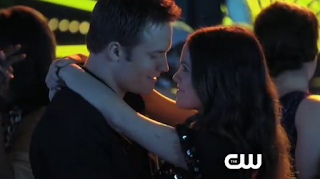 4) BUT, things won't be happily-ever-after and straight forward for Zoe and Wade. Once Lemon's baby fall out with Lavon happens, George will look to Zoe, which will make Wade insecure, and in return he'll lash out at Zoe, making their relationship unstable and ultimately pushing her toward George. But, even if Zoe and Wade break up, I don't necessarily believe she'll end up with George. I feel she'll be more likely to end up with no one... the poor girl!

So there you have it! My predictions leading into season two of Hart of Dixie. I can't wait to see what happens in the final four episodes... and I'm praying to the TV gods that this show doesn't end up in the cancelled pile like some others I've loved over the years!
at April 19, 2012